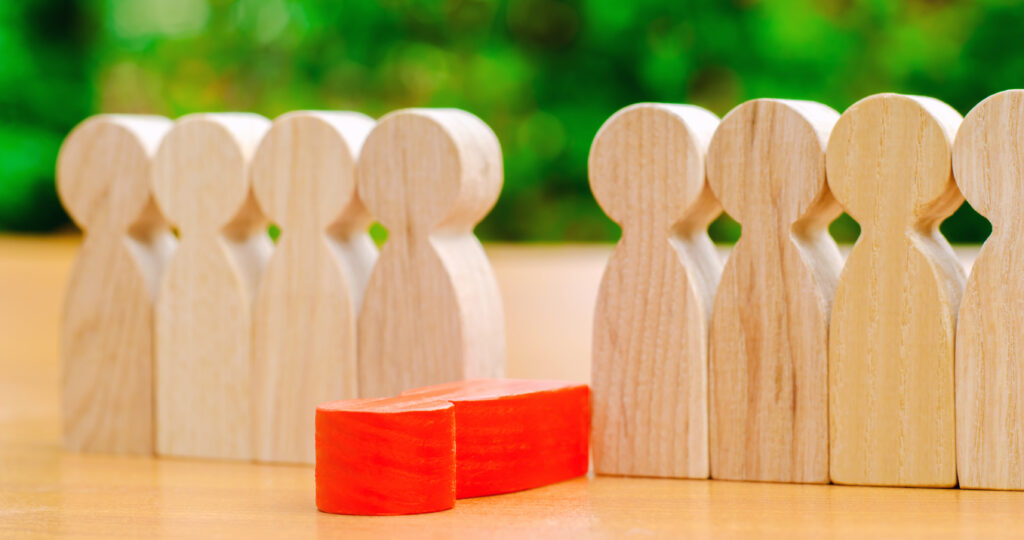 When small business owners talk about the risks their companies face, they most frequently mention concerns in areas such as capital (e.g., having enough to fund operations or growth), competition (e.g., being able to stay ahead of what their competitors are doing), or the economy (e.g., being prepared for how an economic downturn will impact sales). On occasion they mention hiring risks, but their concerns usually focus on being able to hire people who have the skills to do what they need done—a valid concern to be sure. But, there’s another costly and very damaging risk that often gets overlooked—hiring a “skills-competent” employee who is completely wrong for the organization. When this happens, the result can be a seismic disturbance that can keep the company off-balance long after that employee is gone. The cost of a bad hire can be detrimental to a small business.

“I have a small team,” he says. “There were just eight of us in our first year. I was very intentional in the hiring process. The business couldn't afford any poor performers or employees who weren’t willing to work really hard so that we could meet our early milestones. As a result, I offered compensation packages that were competitive to what big firms offer in order to attract the kind of top talent I wanted. I leveraged my networks to find talent who came highly recommended. I felt like I was doing everything I needed to do.”

He soon found out that wasn’t enough to prevent a bad hire.

According to Max, the employee was in charge of his business development effort and was responsible for generating most of the early-stage company’s revenues. She was combative and frequently got into arguments with her coworkers. Also didn’t follow company procedures and once told a coworker that the rules didn’t apply to her. She shared too much, and inappropriate, information with customers which sometimes made them uncomfortable.

Hard to Fire a Star

So why did Max tolerate her behavior? “Because she was knocking the cover off the ball,” he says. “She was exceeding her revenue targets from the very beginning and we were growing much faster than plan. How many start-ups can say that?”

After five months, Max says he noticed that his team was coming apart at the seams. “No one was speaking to her. They couldn’t stand to be in the same room with her. They stopped sharing information with her. And the team’s morale was in the pits. Not a whole lot of work was getting done and I was spending a lot of my time refereeing. It was a disaster. And all that great growth momentum we had been building came to a crashing halt.”

Max decided to terminate the employee. By the time he did, he estimates that the ordeal had cost him more than $100,000 and set his business plan back several months.

“When I factor in her compensation, the hours I spent refereeing and not working, the cost to replace her and the lost productivity of the team when no one would work with her, I think that number is actually conservative. It took us about two months after she left to get morale up and get everyone pulling in the same direction again.”

The cost of a bad hire can crush a small business. By some estimates, it can cost as much as $240,000 before the employee is terminated. (Check out this handy cost of a bad hire calculator to see how much a bad hire could cost you.) Much of this is due to the fact that business owners don’t pull the trigger fast enough when they see red flags.

According to human resource and leadership development expert Nancy Harris, CEO of Restart Consulting, business owners need to do their homework and be prepared to act when they see problems.

“People think hiring is easy,” she says. “It isn’t. Understand what’s important to you beyond whether the individual can do the task you are hiring them for. Ask yourself what kind of culture you want to create. We tend to forget about the intangible things that can end up negatively impacting the company’s culture.”

Harris recommends that business owners incorporate behavior-based questions into their interview process in order to reduce the risk of making a bad hire. “These kinds of questions get to the heart of characteristics versus skills,” she says. “Focus on things like Challenge-Action-Result. What challenge did you face? Tell me what actions you took to resolve it? What was the result? You can learn a lot about a person’s behavior from this.”

Tips to Avoid A Bad Hire

Harris recommends that business owners look to hiring tools from the Society for Human Resource Management (SHRM) for help understanding how to conduct this type of interview. She also offers these tips to entrepreneurs:

Looking back, Max says he wishes he’d given more thought to what a bad employee looks like beyond just being a poor performer. “Culture is a real thing, man,” he says. “Someone can come in and really throw your organization into chaos. A bad hire can cost you a lot of money.”

Get More Tips to Protect Your Business From Key Risks

Learn about friendly fraud and how to keep your business safe.